The thyroid stimulating hormone receptor (TSHR) mutation database was established in 1999 and updated in 2018. It contains all published TSHR mutations identified in humans and their clinical characterizations.

The TSHR is a G-protein coupled receptor with two major pathways. Although the activation of the TSHR preferentially stimulates the adenylyl cyclase via the Gsa-protein, at higher TSH concentrations an activation of the phospholipase C cascade by Gq/G11 has also been shown. cAMP stimulates proliferation in the thyroid gland while the Gq/G11-mediated signaling pathway plays an essential role in the regulation of thyroid function. 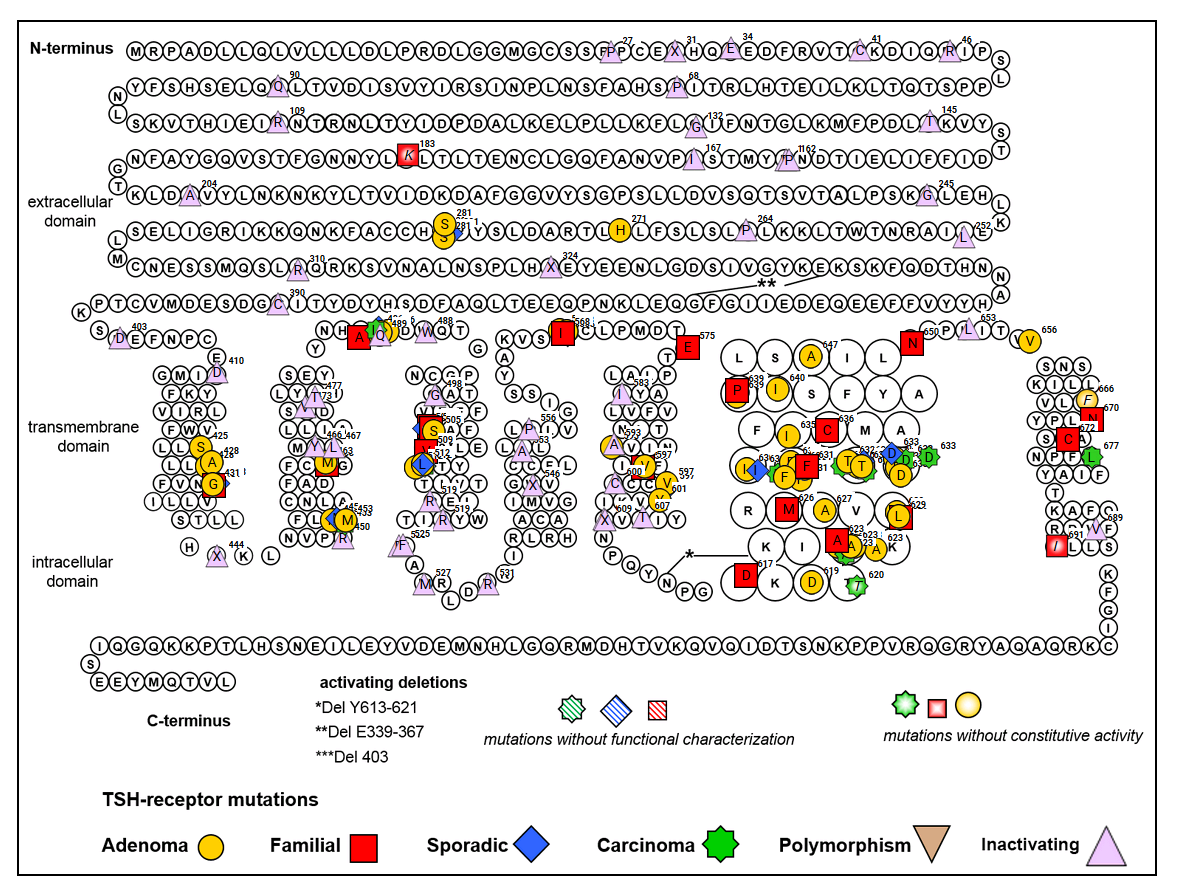